It's Late September and I Really Should Be Back At School...

It's late September and Goalden Sky is now in edit mode. That's the good news, so I thought great, time to think about my cover. The other day I fluttered my eyelashes at my Keithie (my hubby and forever reluctant cover designer) that I needed him to create a cover for me soon because the book should be finished by the end of November. He groaned, pulled a face and took a sharp intake of breath.

'Not a good time,' he replied, shaking his head. 'We're in the middle of autumn term at uni, mad busy, and I'm going to work on the camper van after I've finished the shed. You'll have to wait a while.'

'I dunno. Until things settle down at work. You can give me some ideas, though.'

Well, as you can imagine I had a good old tut of irritation, but there's nothing I can do. I have this problem every time I produce a new book: it's not a priority in Keithie's petrol head world of cars, computers or DIY. I really wanted Goalden Sky finished and in print in 2013, but it's like it won't appear until early 2014 now.  The weeks are flying by. Before I know it Christmas will be here (again!) and I'll keep nagging him and he'll get a cob on and complain he's being rushed and he could have done a better job, etc etc etc.

There's more good news, though. Epiworld is almost Kindled, and Goalden Girl should be Kobo'd soon, because a nice man called Thomas on the Nobooko.com Nook and Kobo Forum directed me to a site called Draft2Digital https://www.draft2digital.com/. It's an absolute piece of 'peas'! Takes all the hard work out of ebook conversion and will also convert to Kindle! All I need to do is to tell it I want Kobo and it will be done.The only thing is I'm having a bit of a problem with my dedication page and the page where I tell everyone what else I've written. For some reason the formatting looks odd on those pages, the text is too big (can't see why in the original Word document), and they're doing my head, but with any look you'll see Goalden Girl on Kobo soon! 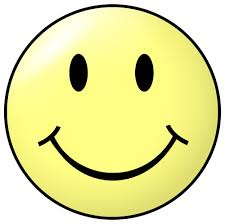