Trying To Upload To Kobo - Hours of My Life I'll Never Get Back Again!

Whose bright idea was it to try to upload Goalden Girl to Kobo? Mine! Wish I'd never started! I thought Kindle was bad enough...

It's a learning curve, I know, but at least when uploading to Kindle there's a virtual version of a physical version of the e-reader to help you check as you edit the layout. With Kobo it's different. I upload the file -  goaldengirlforkobo.docx file supported by the system, there are a list of files it supports, including .epub files, but I'll get to that later - and it converts it to an .epub file for me to download and review, and there's the part when I find out, oh flippin' 'eck, I haven't got an epub reader so I can see what it looks like! I can't open the stupid thing with any other program, so I download one, Firefox's own e-reading app.

I view the newly converted file and of course it's all over the place, spaces here, spaces there. There are instructions, but they're about twenty-odd pages long. Being the lazy arse that I am, I think stuff that, but I do take in the information that Kobo doesn't like lots of spaces in the Word documents. I set about editing the document using Kobo's editor.

Hours later the document still looks I could park a double decker bus on it. Frustrated I look for a forum - not Kobo's own, they don't have one, how daft is that? - but there aren't many forums to help authors or publishers, only readers who can't get their Kobos to work. At last I find one. I ask for help explaining what I've done and what can I do now? It's Sunday, though, and the last time anyone posted there was at the beginning of August. It's now September. Either no one's interested, or they're doing the same as me and throwing their laptops out of the window in irritation. Maybe they don't know how to help!

I light comes on in my head. Why not convert my .docx file to .epub and upload that file instead? Kobo says it will upload those files. A friend on Twitter suggests a program called Calibre. I convert the file. Automatically it opens in the e-reader and looks much better, but could do with tidying up. I save the file and it names it goalden_girl.epub.

Now I can upload it to Kobo!

No, I can't. 'Sorry, we were unable to upload your file.' Eh? I rename the file goaldengirl.epub and I remove the underscore. It still won't upload. I go back to the forum. No one's replied to my plea for help. I go onto Twitter and tweet to the Kobo help account. No reply. Well, it's Sunday. I email Kobo. They'll reply within 12-24 hours.

Unable to face editing the stupid Word file again in the Kobo editor I give up, finish a chapter of Goalden Sky and watch The Nun's Story on ITV 3, before continuing to format a chapter of Epiworld for Kindle. Later I think about the Kobo instructions, go back to the Word file and start taking out spaces, mumbling to myself in exasperation of all the naffin' work this involves, and I'll scream if after all this it still doesn't look right, and thinking how annoying it is that another friend on Twitter won't buy a Kindle instead of wanting to read my wretched book on Kobo! 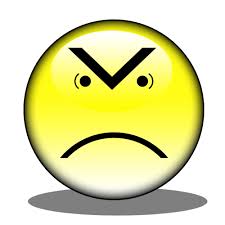